Creation of a normal Sudoku 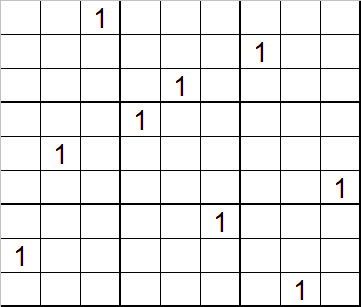 Place another number by pattern as shows. 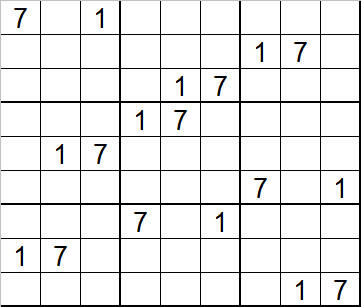 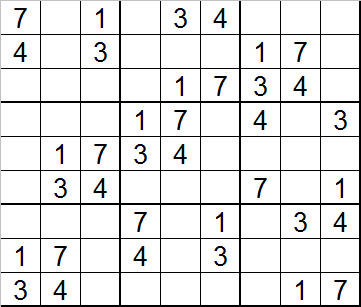 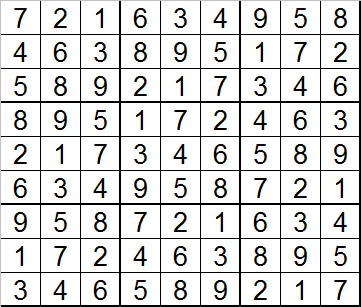 Since the pattern are too recognizable swift some numbers. 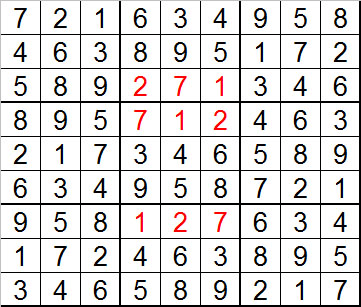 Now you got the solution to a normal Sudoku.

Remarks: generators to Sudokus as above you find on the Internet.

In a dictionary look for a word with 9 letters. Every letter should occour only one time.

Pick any row or column. In this example marked grey. Change a number to a letter. 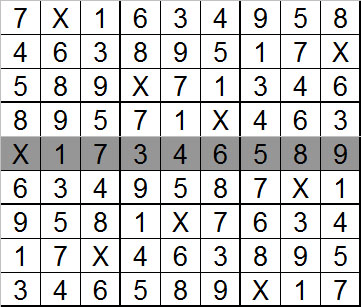 Now you got a solution to a Sudoku with letters, containing a 9 letter word.

Use 16 different letters. Do as above. 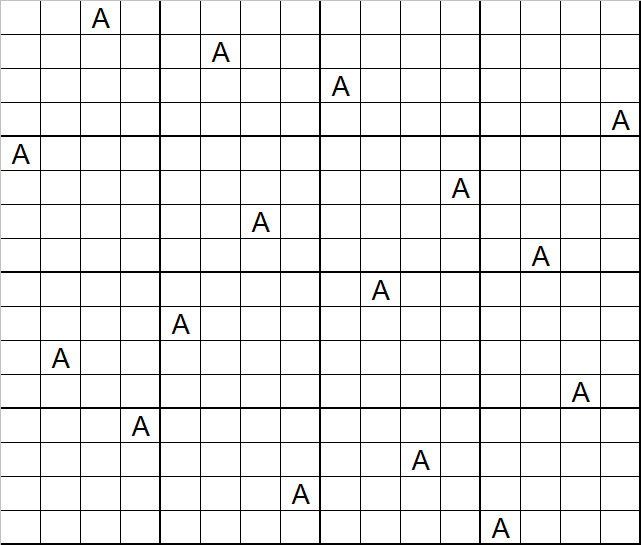 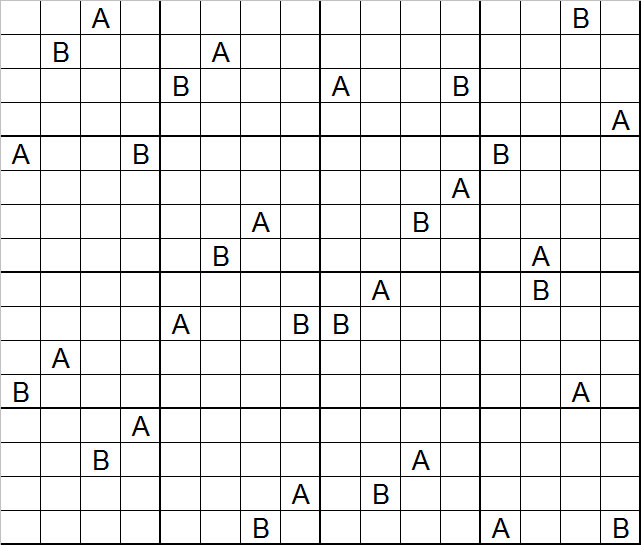 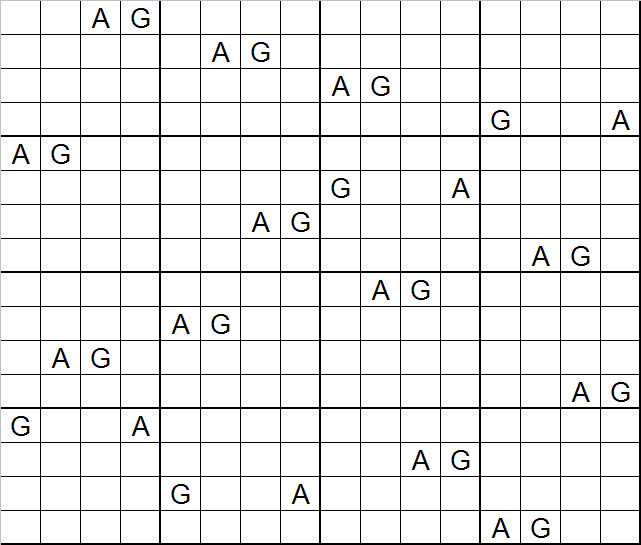 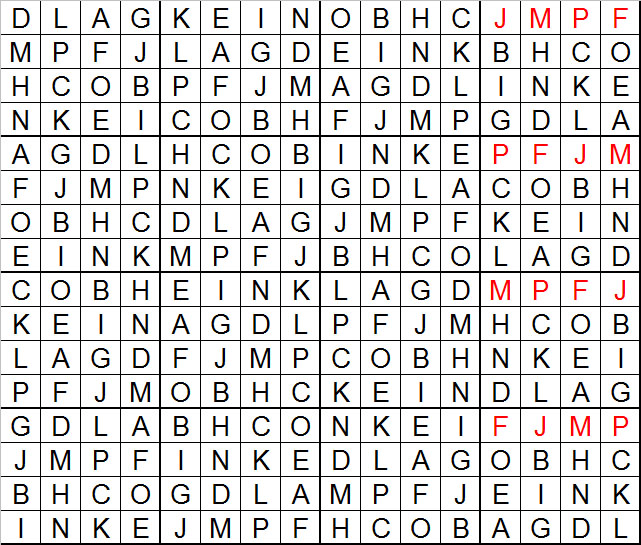 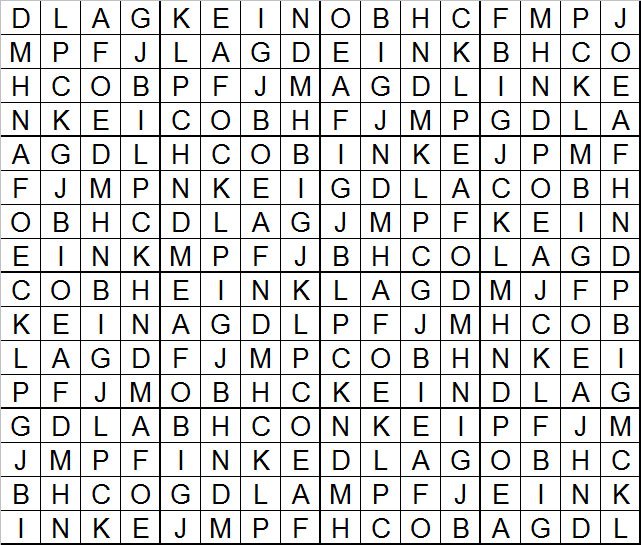 Creation of a 3x3 Sudoku with a 17 letter word

In a dictionary, look up a 17 letter word.

The word must have only nine different letters

And same letter not repeated two times next to each other. 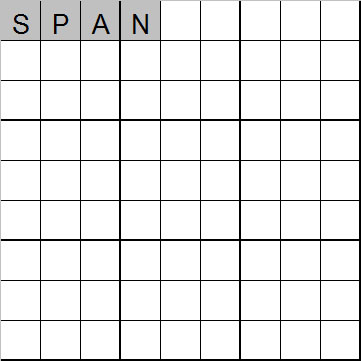 However nex S will not be allowed in same row. So you have to continue word insertion vertically. 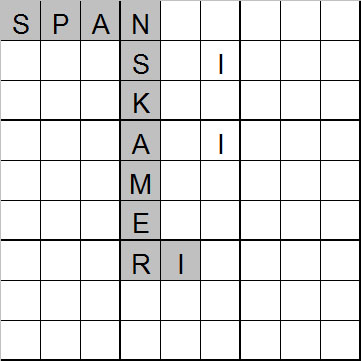 Triyng to go horisontally again. But the letter I don´t work, as you can see. You have to go vertically one more step. 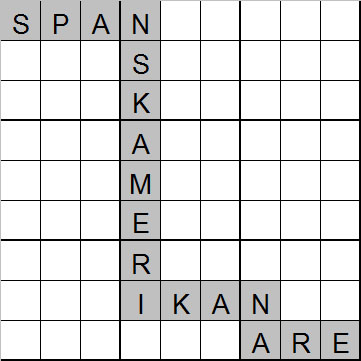 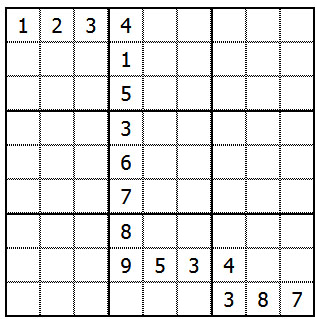 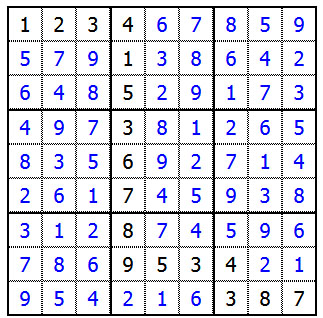 Back to letters again. 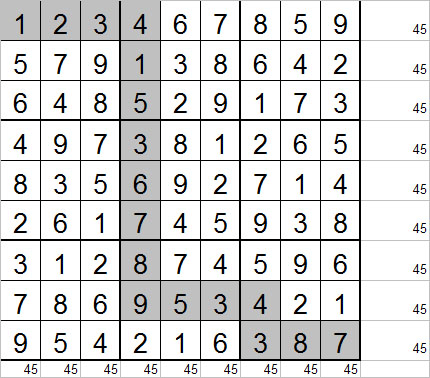 This is made in Excel. Check sum 45 horizontally and vertically just to make sure.

Change back to letters again. 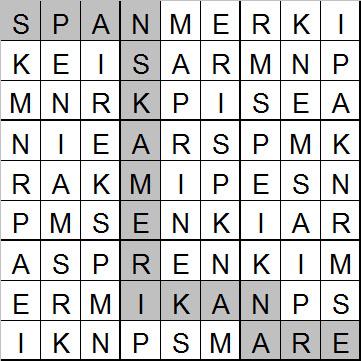 Then erase some letters to create a task somebody may solve 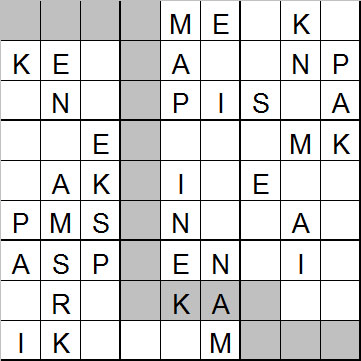 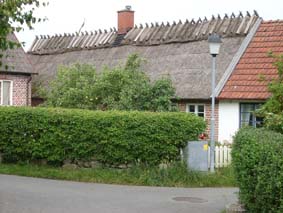